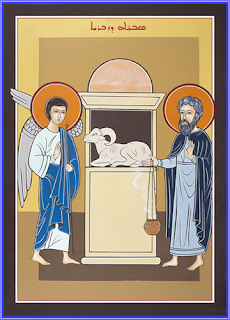 A homily by Fr. Herbert Nicholls at the Mother of Light Convent, Saturday, November 23, 2019.

A 16th century writer, John of Silence, suggests that we are so familiar with this story of Mary that we imagine that we are able to make sense of it. But sometimes we are blinded by what lies right before our eyes. Aristotle said: Our eyes are like those of an owl. The eyes of the owl are blinded by the brilliance of daylight, so too the intelligence of the soul is blind to what in itself, is most evident.

John calls attention to the response of Mary when she is asked to effectively abandon the future that she has planned for herself. She had never contemplated becoming a mother, but remaining a virgin, consecrated to God. But God’s mysterious plan calls for a leap of faith. She is being asked to believe something which is humanely impossible.

She will conceive without the presence of a man, that it will be the work of God, and why is it that God had chosen her as His humble handmaid? Yet, as extraordinary as the message is, Mary does not wrestle to understand it, but she believes it. 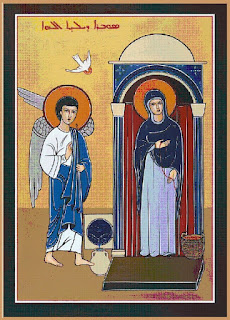 There is a similarity in the way the angel asks Zechariah and Mary, but the way in which they respond clarify the difference. Mary responds, “how can this be?” Zechariah responds, “how can I know this?” Mary’s thoughts are about this! She pondered and reflected upon it. Zechariah’s thoughts were about himself. Mary goes to the heart of the matter, concretely and soberly wondering: How shall I conduct myself in relationship to Joseph? Would he be willing to stand by her side when her reputation was tarnished? Would he be able to endure scornful remarks and disparaging glances? And if he did not stand by her, would she be stoned to death? Despite all these terrifying prospects, Mary had the strength to say, Be it done into me, according to your word (Lk 1:38).

Moreover, Mary put aside her day to day activity to visit her cousin, Elizabeth, who was with child in her advanced years. It is there in the house of Zechariah and Elizabeth that the work of the Holy Spirit is manifest, in the womb of Mary, recognized by the child of Elizabeth, and by the burst of singing by the two women.

It is the two women who take center stage, there is no male voice to be heard. Zechariah is in no position to speak, much less to sing. Because he could not understand, he would not believe. His heart was not in it.

When Mary spoke her decisive word, Be it done into me, according to your word (Lk 1:38).
God’s word and Mary’s word became one for the first time since the Fall in the Garden. At that moment total agreement between God and man reigned in harmony.

When God said, Let there be light and there was light, when God said through the angel, Let my Son be born in you, Mary answered, Let it be! And the word became flesh and dwelt among us. The greatest word that a human being has ever uttered is so simple.

Yet some will question: is that all? Yes, that is all. She said, “yes”, and she allowed God to be God! God cannot enter into a heart that is only half-way full. How much more blessed our life would be if we learned from Mary to be whole-hearted. If we learned like Mary to say, Be it done into me, according to your word (Lk 1:38). But too often we stand defiantly before God and say, I will not serve! And perhaps God will respond as He did to Zechariah, Be still and know that I AM God (Ps 46).