Radiant Light --the Birth of Our Lord 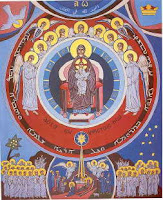 The Divine Liturgy in the Maronite tradition often mentions the title “Mary, Mother of the Light.” The opening prayer of the liturgy used to mention it every day. This title is rich in theological and spiritual significance and is indeed one of the treasures of the Maronite Church.
The image of light conveys a sense of joy, festivity, and life. Religion uses the image of light to express the notion of purity and the presence of God. Since light is the element which is proper to the divine Being, from ancient times the pagans adored the sun. At the end of December, the pagans celebrated a feast dedicated to the “Unconquerable Sun.” In fact, on December 21st the nights, which had been becoming longer and longer, begin to shorten. The ancients celebrated this conquest of the light over the darkness.
When Constantine granted freedom for Christians to worship publicly, it was appropriate to replace the celebration of the Unconquerable Sun, with the Feast of the New Sun of the world, to celebrate the birth of Jesus, the Light of the world (John 3:19).
The image of light is found throughout salvation history. The Aramaic Fathers of the Antiochene tradition teach us that creation is a preparation for the incarnation of the Son of God. All was created by the Father, through the Son.
Scripture tells us that the first thing that was created is the sun: it is the heavenly body which gives forth light, warmth and life itself.
The sun is the image of the Son of God because Christ himself is that light which comes from heaven. As a ray of light coming through a cloud, he appeared from the Virgin Mary.
…Just at the shepherds and Magi saw and followed the light, we who have seen the Light must follow. Jesus told us, “Walk while you have the light” (John 2:19; 5:34; 12:35-36). This feast of the Birth of Our Lord, the Light of the world, should be an incentive for us to be the light of the world (Mt 5:14)….
(Taken from the Prayer of the Faithful Synaxarion for Christmas.)
Email ThisBlogThis!Share to TwitterShare to FacebookShare to Pinterest
Labels: Spirituality 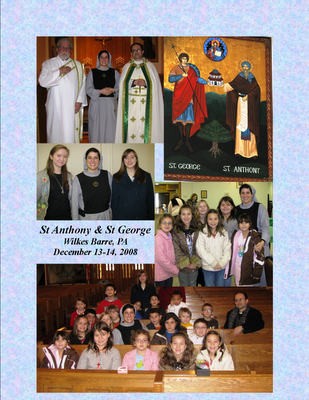 Visits to Our Maronite Parishes 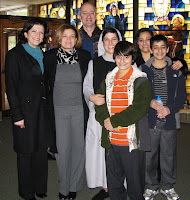 By Sister Marla Marie
At the request of Bishop Gregory Mansour, part of my mission in beginning the Maronite Servants of Christ the Light is to visit our parishes to speak on vocations and the mission of this new religious community. Since June, I have traveled to several parishes meeting our Maronite faithful and clergy. In the first few months of the New Year, my travels will be taking me here and abroad. Please pray for God’s blessings on my efforts.
Visit our website: Maroniteservant.org for a complete list of my visits.
January 3 & 4…Our Lady of Lebanon Cathedral, Brooklyn NY
January 10 & 11…St. Peter and Paul Mission, Tampa FL
January 17 & 18…St. Jude, Orlando FL
January 24 & 25…St Elias, Roanoke VA
February 7 & 8…Our Lady of Lebanon, Waterbury CT
February 14 & 15… Our Lady of Mt. Lebanon-St. Peter Cathedral, Los Angeles
February 17 – March 4…Sydney Australia
March 7 & 8… St. Ephrem, San Diego CA
March 25 – April 16…Lebanon

Pictures of my visit to Saint Anthony in Springfield, MA 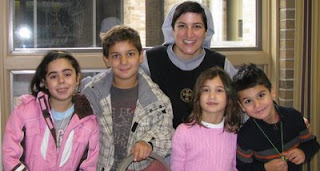 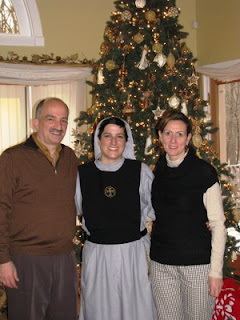