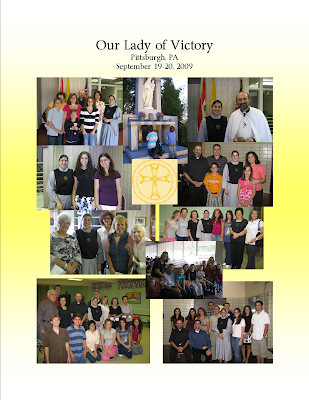 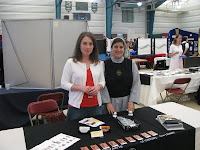 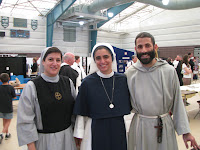 In Worcester MA with Father Charles Aboudi, a Melkite priest who is related to Sister on her maternal side. 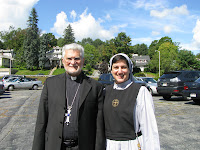 If Today You Hear His Voice... 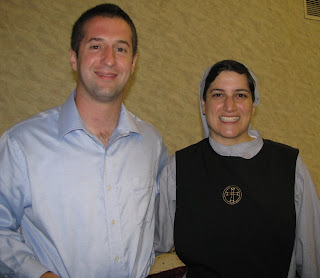 By Ian Van Heusen
It is appropriate that I take a moment to reflect on how I came to the decision to enter seminary and say “yes” to the priesthood. However, in the words of Our Lord and Savior Jesus Christ, “be not afraid,” this will not be a blog entry about myself or my background. Instead, I want to explain my growth within the womb of the Maronite Church where my vocation was spiritually nourished.
The Maronite Church has and continues to make a unique contribution to the Catholic Church. Through her history, the Maronite Church bears witness to the fact that the Catholic faith has its roots in the Middle East and that the Catholic faith is not an invention of the Roman Empire as many throughout the world try to falsely insist. But the Maronite Church is more than just the “Church of Lebanon.” There is more to this Church than can be confined to one ethnic group.
Chorbishop Michael Thomas once stated that the Maronite Spirituality is not a Good Friday or an Easter Sunday theology, but rather a Holy Saturday theology. His point was that the Maronite Church does not emphasize the crucifixion of Christ, nor does it emphasize the resurrection, but rather Maronites focus on that time when Christ was in the tomb; when the world eagerly awaited its redemption.
This does not mean that Maronites ignore those important facts of the faith, but rather that the Spiritual Fathers of the Maronites saw in the tomb a symbol for our spiritual journey. When we become Christians in our Baptism, we are called on to think about others and their concerns before we think about ourselves. This is called “dying to oneself.” When we die to ourselves, as Christ died, we also enter into a spiritual tomb where we await the resurrection of our bodies. This tomb is our daily lives, where we try to draw closer and closer to the glorious day of our Resurrection. The function of this world is not to maximize pleasure, but rather to prepare for the next.
The Maronites don’t just talk about this in their liturgy; they live it in their lives. In my home parish of St. Michael’s in Fayetteville, North Carolina, I have seen how everyday people live in eager anticipation of the resurrection. I do not mean that they walk around saying to people, “I just can’t wait to be resurrected.” No, what I see in these people is how they hold onto the hope that there is a meaning and purpose to the sufferings and struggles of everyday life.
Many of them suffer immense sorrows, but you could not tell that by visiting our parish. The intensity with which we worship God, the joy with which we receive God and eat of his flesh and drink his blood, all bear testimony to the fact that we are citizens of heaven and of the resurrection. We do not live for this world, but the next. We come together and our hearts and souls are transported to heaven where we sing with choirs of angels, “Glory to God in the highest, and peace on earth to men of good will.”
When I think of what it means to have a vocation to the Priesthood or to the Maronite Servants of Christ the Light, I don’t think of ideas, but rather people. I think about the great joy of bringing the hope, faith, and love of my home parish and enlightening the world with the living flame of Christ.
If you think you might be called to bring Christ to world, listen to the words of scripture that proclaim, “If today you hear his voice, harden not your heart.”

Ian is a seminarian for the Diocese of Raleigh and is currently attending St. Charles Borromeo Seminary in Philadelphia. His sister, Tresa Van Heusen is an applicant with the Maronite Servants of Christ the Light.
Email ThisBlogThis!Share to TwitterShare to FacebookShare to Pinterest
Labels: Maronite Identity, Vocation, Witness

The Feast of the Holy Cross

By Father Anthony J. Salim, Pastor of St. Theresa's in Brockton MA
That the saving Cross of Jesus Christ is at the centre of the Christian experience is beyond doubt. The most traditional of Christian theology from the time of St Paul on says that without the great sacrifice of his life for the taking away of sins we would not be able to reach eternal happiness with the Blessed Trinity.
If pushed, when thinking of the Cross of Christ, most Christians would probably think of Great Friday before Easter. However, since the 4th century, with the story of St Helena's finding the true Cross, this great feast, celebrated on 14 September, tells us of the "other side" of the Cross: glory after suffering, and God's power to save.

This feast marks the last season of the Maronite liturgical year. The Exaltation of the Cross commemorates the finding of the relics of the Cross by St Helen. Before 337 A.D., this event was attributed to the first Christian Roman Emperor, Constantine, who built basilicas at Calvary and the Holy Sepulcher. His mother, St. Helen, who built churches on the sites of the Nativity and of the Ascension, earned so great an admiration of our ancestors that, by the latter part of the century, they gave her credit for finding the Cross.
Helena (or simply Helen) was born of lower class in the Roman Empire in the city of Drepanum in the middle of the third Christian century. This low social standing caused a certain amount of criticism; and sad to say some even compared her to prostitutes. She married into the wealthy class, but her husband divorced her in 292. Nevertheless, when her son Constantine became the Emperor of Rome, she moved there in 312 and attitudes toward her changed. She was given the title given to some Roman emperors: Augusta.

Because Constantine made some important imperial changes protecting Christians in the Empire, the Augusta Helen too accepted the Christian Faith and was baptized. Helen had a great desire to visit the places where Jesus walked and decided to journey to the Holy Land. One of her goals, it is said, was to find the True Cross of Christ. Thus, in 327 to 328 she made a pilgrimage there. The Christian historian Eusebius remembers her trip in a kindly way, telling his readers that not only did Helen visit the holy places but helped the poor and needy, as she believed that is what Jesus asks of his followers in every age. She and her son the emperor dis- cussed that fact that the holy places needed somehow to be remembered in some concrete way. He suggested that churches be built at these places. Some of these magnificent churches - or at least their ruins - and their fine architecture and design remain today.

St Helena's pilgrimage to the Holy Land gave birth to the creation of the Feast of the Exaltation of the Holy Cross, which is universally celebrated on 14 September in the whole Church.
Christian Tradition has always seen two sides of this Cross: death and shame, yes, on Great Friday of the Crucifixion; but glory and power as well. It is not always easy to speak about this paradox of the Christian life. Paul indicates this in his First Letter to the Corinthians, verses 18 to 25. Who could imagine then that a criminal's death could be the standard of a religion?
We are, in the words of Paul, "on the way to salvation"; thus, we believe this talk of the Cross.
As always, our Liturgy teaches us about our Faith. Pray these words found in the Divine Liturgy of the Feast Day of the Exaltation of the Holy Cross:
Jesus Christ our Lord, accept our prayer and incense which we have offered in commemoration of the exaltation of your Holy Cross. May your Cross always be before our ryes, so that with you, we may go to death and rise in glory at your right side to celebrate the feast of your eternal victory. We glorify you, with your Father and Holy Spirit, now and forever. Amen!
Email ThisBlogThis!Share to TwitterShare to FacebookShare to Pinterest
Labels: Maronite Identity, Spirituality

Thank You Knights of Lebanon

The Knights of Lebanon from Wilkes Barre PA hosted a picnic fundraiser for the Maronite Servants of Christ the Light on Sunday August 30, 2009. The event was held on their picnic grounds in Dallas PA, and opened with the Divine Liturgy celebrated by Fr. Hanna Karam, pastor of St. Anthony & St. George, Wilkes Barre. Following the Liturgy was a feast of a meal featuring a pig roast among the variety of picnic foods and desserts. Tony Thomas, Jr., president of the group was pleased to present Sister Marla Marie with a donation of $2000 from the proceeds of the event. Thank you to Tony and the Knights for supporting the mission of the Maronite Servants. 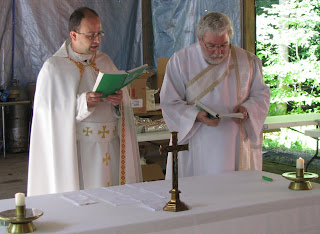 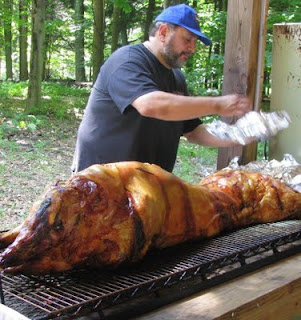 The group photo is a gathering of some of the Knights of Lebanon; Fr. Hanna and Sub-deacon Crosby celebrate the Liturgy; Tony Thomas adds a gourmet touch to the pig roast. 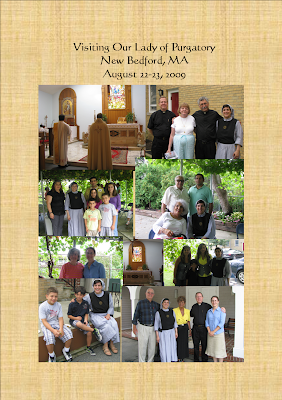